I've been using Roon for a few years now. Up to now I had a local copy of my music library on each of my laptops, which I had to update manually. Add to that various SD cards from various DAPs (digital audio players) and the chaos is complete! 😅

Roon recently released Roon ARC - a smartphone app that can stream music from your own Roon server from anywhere. Since more and more DAPs have an Android operating system, this opens up completely new possibilities: I can access my music that is stored locally on my server anywhere - whether in the office or on the beach on vacation. Wow! 😵😍

So what could be more obvious than having my own Roon Core or Roon Server!?

There are several ways to do this: you can use any existing computer or NAS as a Roon Core or, the simplest way, buy a Roon Nucleus. The Nucleus is a dedicated computer that does nothing but store your own music library and make it accessible via the network. The Nucleus runs Roon ROCK, Roon's own operating system that is solely there to manage music.

Great thing! However, the Nucleus devices have three disadvantages: They are very expensive (between 1500 and 2800 francs), are based on outdated hardware and have relatively little memory even in the highest version (Nucleus+).

Actually, the Nucleus devices are nothing more than an Intel NUC Mini-PC, packed in a stylish case. So what could be more obvious than buying one of these NUCs yourself, which is equipped with the latest hardware and building my very own Roon server with it!?

No sooner said than done: NUCs come in countless variations and you can get them almost anywhere.

I chose a NUC11PAHi7 with Intel Core™ i7-1165G7 CPU e. It definitely has more power and uses little electricity.

What you need to know: The NUCs are so-called "barebone PCs", which means that you get a complete mini computer, RAM and mass storage (SSD) still have to be bought.

Last but not least, you need an empty memory stick with at least 1GB capacity to install the operating system. Very important: For some inexplicable reason, Intel includes a power supply with the NUCs, but no power cable - some customers already have them Opening the pack got a nasty surprise. You will need a power cord with 3-pin plug see below, so make sure to buy it too! 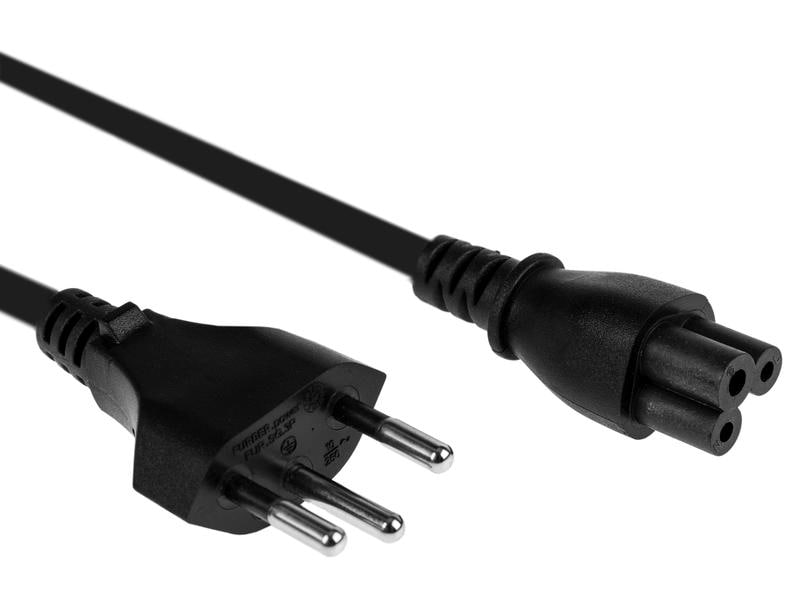 If you take a sober look at the whole thing, the Nucleus costs 4x as much as our self-made NUC and also consists of completely outdated hardware. The only advantage: connect and get started. With our do-it-yourself NUC, you have to install the operating system yourself.

So if you can do without the (relatively large) aluminum housing of the Nucleus and dare to put the memory and SSD in the NUC yourself (which is quite easy, by the way), you'll save a lot of money here and have it significantly more powerful solution!

It's actually very easy to assemble the NUC. All you need are two Phillips screwdrivers (large and small) and about 5 minutes. 1. On the underside of the NUC there are 4 screws in the rubber feet that you unscrew completely. Now you can remove the cover and look at the mainboard with RAM and SSD slots. 2. On the left are the 2 RAM slots. You can either use only one RAM stick or two. You really can't go wrong, because the contacts of the RAM bars and RAM slots are each interrupted by an asymmetrically arranged notch, so that the bars only work in one direction fit in the slots. So you put the bars in the slots until they snap into place - that's it! 3. Now we have to install the SSD. The first thing to do here is to unscrew a tiny Phillips screw that will later hold the SSD in place.
(red circle) 4. The SSD is now plugged into the corresponding slot in the same way as the RAM bar. (red rectangle) and fixed with the screw

5. Now put the lid back on, turn it around, plug in the power pack and plug - done! So far everything has been super easy and fast. The NUC is ready and now it's time to install an operating system, because without that we won't get any further!

There are basically 3 options or 3 operating systems that we can use:

Each of these variants has its pros and cons, and it depends a bit on what environment you're comfortable in and how proficient you are with each operating system.

I had already decided on ROCK at the beginning, because the Roon operating system is specially optimized for Roon Core or Roon Server and is apparently very easy to install, so what can go wrong?

The Sorrows of Young Werther... erm...Tom

Now it's time to get down to business.And that brings us to the next tip:
In order to install an operating system, it is absolutely necessary to configure the bios of the NUC so that it can be booted from the USB stick Don't worry, it's very easy!

Unless, of course, you forgot something very important, like me: keyboard and mouse! No, this is not a joke. I've been used to working on my laptop for years and use an external Bluetooth keyboard and mouse - and of course they don't work without an operating system and appropriate drivers!

The whole thing cost me another 70 CHF, but I also had very nice gamer hardware with constantly changing LED lighting at home! 🤣 Here you can see immediately whether the installation of RAM and SSD worked - these are displayed correctly - all good.

2. Now we go to the "Boot" tab at the top right and see the following menu. 5. Press F10 to exit and save. The NUC will reboot and is now ready to read from USB sticks.

How to install ROCK on the USB stick is here: ROCK Install Guide (roonlabs.com)

In principle, you need the ROCK image, which we can find under Downloads - Roon Labs and a program that formats the stick and copies the software to the stick so that it is bootable.

Start Etcher, select the Roon image we downloaded and Etcher does the rest.

The stick is now ready. We plug it into one of the free USB slots on the NUC and restart the NUC - the NUC should read the USB stick and install the operating system - none! 😣

Nothing happens. All settings are correct and the stick is prepared. What's happening? An hour of searching the Roon Forum reveals the problem: My NUC is too new! That means ROCK is only compatible with NUCs with Intel hardware up to generation 10. I bought a NUC with Gen 11! 😒

From Gen 11, the bios is no longer a so-called "legacy" bios but a more modern "UEFI" bios. Unfortunately, Roon have not updated their ROCK operating system for years and adapted them to newer hardware.

So there are only 2 options: Buy an older NUC that is not newer than generation 10 or install another operating system. I only have variant 2.

I go back to the forum and decide on Linux, since a number of forum members "sell" it as a slim and modern operating system and ROCK is nothing more than an adapted Linux anyway.From now on, my ordeal really begins!

I want to make it short and make a recommendation: If you've never dealt with Linux before, stay away!

Not only that you first have to decide on one of many Linux variants (I chose Ubuntu), you have to write a new operating system image to the stick again in order to install Linux instead of Roon

That also went quite quickly. Unfortunately, with Linux you can't just download Roon Server and install it with a double-click like you can with Windows or MAC, no, you get a "package" that has to be unpacked somehow and manually compiled and installed via terminal (command line). I felt transported back 30 years to DOS times and had to give up after another 2 hours despite the forum support.

Usability in 2022 will look different! Now I'm sure some of you will laugh at me. I would describe myself as a "nerd" and "geek" and I don't shy away from new software at all - I even dabbled in programming for a while. Still, the user experience designer in me cries out when I see how archaic Ubuntu feels compared to Windows 11 or MAC OS. As I said: If you know your way around - go ahead!

Meanwhile the clock strikes midnight and I actually want to go to bed. I'm frustrated but can't give up let alone sleep now! I resort to the last means available to me: Windows.

Yes, I was stupid and naive to think that it would be easy to get sore fast! I believed Roon's promises and read too little beforehand. Hopefully I can save you that.

After my experiments with Rock and Ubuntu ended in vain, I turned to what I've known inside and out for 30 years: Windows. 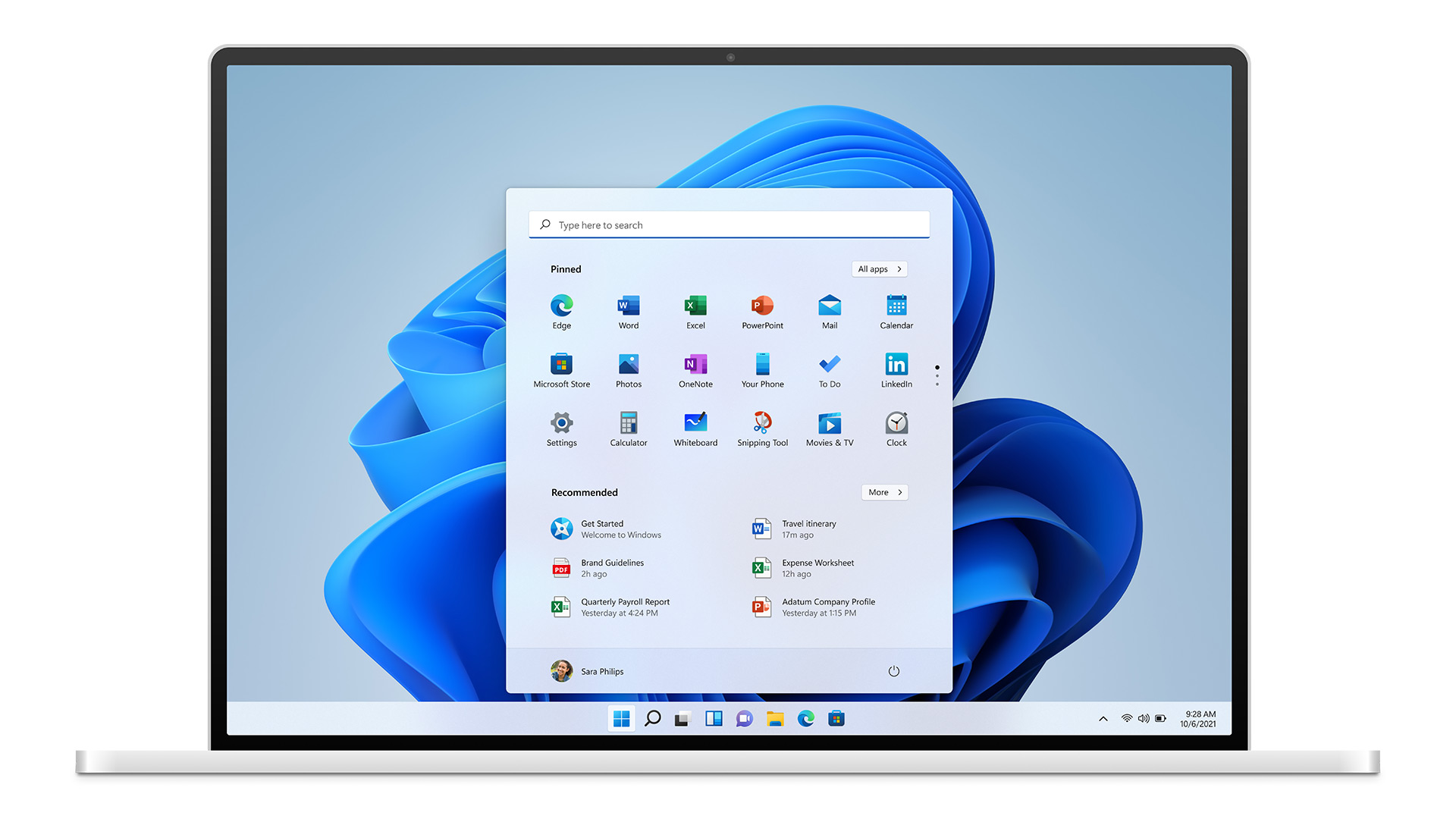 And now everything is happening very quickly. With a small catch: The USB stick with Linux has become unreadable for my Windows PC because the file system is not compatible. No problem: Open Disk Management in Windows, delete the partitions from the stick and format them again with ExFat - et voila!

Microsoft makes it easy for the user: You simply download software that contains the desired Windows version and automatically! installed on the USB stick - it only takes a few minutes.

Now insert the USB stick into the NUC, restart and lo and behold, Windows 11 installs itself within minutes and without any problems. A restart later, I am back in the usual environment and now I can easily install Roon Server on the NUC by double-clicking.

It's done - at least up to here. Roon Server runs on the NUC!

But even on Windows there are a few things to keep in mind so that your Roon Server runs properly and even if it does, your Internet Service Provider could still thwart you make.

I'll tell you in the next blog what these things are and what else needs to be considered!

Oh yes, of course you can also use a MAC Mini instead of the Intel NUC if you Windows does not lie!

See you then! Your Tom